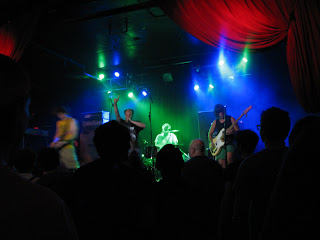 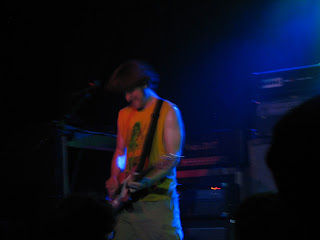 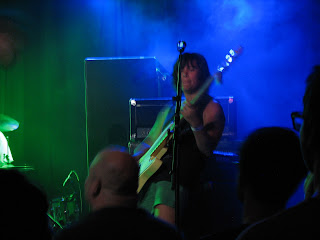 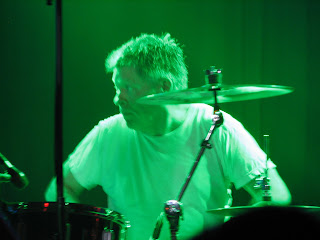 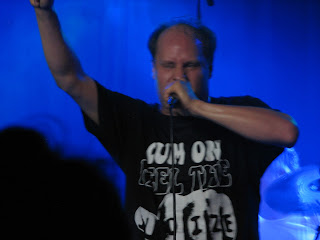 Nasalrod is a Portland rock band, and opened the show at Dante's.

They played a solid rock show, with an air of not taking it too seriously. Lead vocalist Chairman did many jumps and kicks - actually more than seemed necessary - but it looked like they were having a good time, and we were too. Later, listening to both a regular recording and a live recording, there is definitely more energy in the live shows, and their performing style is probably a part of that. Perhaps it frees up the others to concentrate on playing, which they did well.

Initially I was aware of only a 2012 EP, Steward, and then a Live In PDX 2.3.15 CD that I picked up at the show. Since the two have some overlapping songs, it was easy to compare. I have since also found another EP, On A Trainset, available via Bandcamp. It comes from 2011, and I would probably have to say it's weirder, but I liked it.

There is a good selection of music available online via different sites. "Hype" may be the most noteworthy song, not only referring to the concept of hype, but also invoking it with the tempo changes and effects. However, I think my favorites were probably "Hello Ello" and "What D'ya Say?".

The band shows several dates scheduled in August, and is worth seeing live.