Hope as a seed

I'm not much of a gardener. I want to be, but I don't know a lot, and often I don't have the means to put forth the effort that it would really take.

This year seemed like a good opportunity. I had some funds, and if there was ever a time that it makes sense to grow your own food, we are there now. I made plans, and then nothing went right.

The virus made browsing nurseries harder, but everyone eventually got to the point where you could look, but then the things I wanted were gone. I guess I was not the only one wanting to grow more.

You can still find seeds pretty well, but seedlings for trees and bushes disappeared quickly, with two blueberry bushes selling out while I was ordering them. It was almost impossible to find seed potatoes.

Also, I did "Call before you dig" - as you should - but the results were not what I expected. Even if I could have found the trees that I wanted, I am not sure the front yard can take trees now.

Plans were readjusted - mainly scaled back - and there was just a little ground prep required. Then it rained. And poured. And rained some more.

I'm not going to list everything that went wrong, but it was a lot.

I have done some things. Some things will probably still get done. Everything is late.

Also I think my sunflowers are germinating, but not my pumpkins. Why?

At least I am consistent.

But no matter how much goes wrong in a garden, there are at usually a few starts and things to watch for. They may end up being false hopes, but it is something. 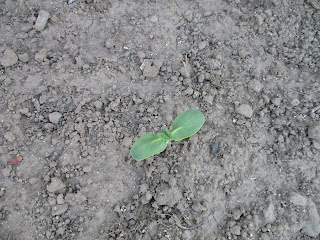 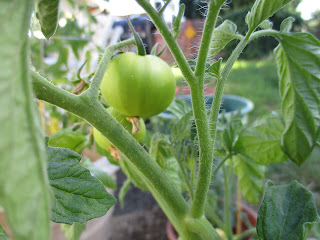 It doesn't really take that much to keep me going.

Posted by sporktastic at 5:15 PM No comments:

It was an experience running two fundraisers at once. I think I could have done better, but I think that about everything I do.

The decision to run two simultaneously was because both causes were important and I did not want to chooser. In addition, I thought of other charities that were important to me, and also that there are things to give besides money that are sometimes much easier. That is when I had the idea for the next phase.

Since Christmas in July is a thing for television channels and ornament stores and... okay, it is usually pretty commercial. It can still be fun, and we have twenty days until July 25th. For that time period, the daily songs will be Christmas songs, and with each song I will highlight a service opportunity.

I think I am going to try and focus on songs that have been part of other fundraisers, and that have tried to inspire. Of course, that largely makes me think of "Do They Know It's Christmas?", a song I loved but that was kind of condescending and then the money didn't really benefit anyone but a ruthless warlord, partly due to infrastructure issues but not resolved largely due to Bob Geldof's arrogance.

We can learn and try and be better, and it requires listening and humility.

I hope that this will do some good. I realize it may not, and that I may not know one way or another.

(And then Maria interrupted because she wanted the vinyl of The Psychedelic Furs, Midnight to Midnight, but she called it "Heartbreak Beat", which is the first track, so he thought she meant the 7-inch single,and we had this three-way conversation that probably made our household look incompetent, and musically ignorant. This is the second time Maria has embarrassed me at Music Millennium, but the other time it was with The Fixx.

(I made it more blues-y on the days that should have been for the festival.)

As the fund raisers wind down...

My last blog post was about starting the fundraisers, and now they are almost over.

That's about how things have been going.

There have been some cool things, and I am going to go ahead with my next idea (I will try and blog about that Monday, when it starts), so here is a catch up overview.

First of all, with one day left, neither has met goal. I am committed to making up the shortfall, but I will take any help I can get, with links at the bottom. The Oregon Food Bank fundraiser is still short $120, and Don't Shoot Portland is short $395.

I would say that more people feel good about supporting hunger than about ending police brutality, but that was largely a fluke. A person I don't know, and with whom I have no friends in common on Facebook or Twitter, donated $250. It is not a total mystery; she had liked my tweet for that fundraiser's song of the day, "Hungry For Heaven" by Ronnie James Dio. Did she like that song that much? Or was she just ready to give? I don't know, but I am grateful.

There was another interaction that meant a lot.

You may have read that when country group Lady Antebellum realized that their thoughtlessly chosen name had negative connotations, they thoughtlessly came up with an abbreviation that was already in use by a blues singer, Lady A.

Since I was already doing about three weeks of blues songs, it was an obvious choice to bring in the real Lady A. Looking over the available songs, "Change The World" was again just obviously the right pick.

When possible, I try and tag the daily song artists on Twitter, because it's nice to know someone is thinking of you. They are not always on Twitter, and they may not always notice, but sometimes it works out.

This time it really did. First of all, Lady A is one of my Don't Shoot Portland donors now, but also, she replied:

God bless you and thank you so much for choosing this song Change the World. I wrote it when Trayvon Martin was killed, but couldn't release it til later because it hurt too much. Thank you fir recognizing its significance today. #TheRealLadyA

I knew the song was right because of the theme, but I didn't know it came from that.

I also had a burst of creative output in the aftermath of Trayvon Martin's death. I can't say I didn't publish it - it is still on the internet - but the primary emotion of the death is still helpless grief.

I put something together thinking about it now, though. I always associate Trayvon Martin and Michael Brown, despite the differences, because they were stages. It has felt like Trayvon's death was just pain but that Michael's was galvanizing. That is because of the protests in Ferguson.

That could feel helpless too; a lot hasn't changed and many of those key people have died. However, in light of the current protests, and some cities making plans to at least divert some funds from police, and people whom you could never have imagined being able to say "Black Lives Matter" saying it, I have to acknowledge that there has been growth. It is not sufficient, but it is real.

I have questioned the value of the protests, thinking that maybe they worked to express grief and anger, and that they could have significance as a declaration of values, but do they bring change?

There is some change here. There is much more to be done and the choices we make now are crucial, but I am not without hope. I have hope because of strangers who donate and creatives who turn their pain into art and because of multitudes who march in the street for something better.

It hasn't been a bad few weeks.

But please, you can still donate!